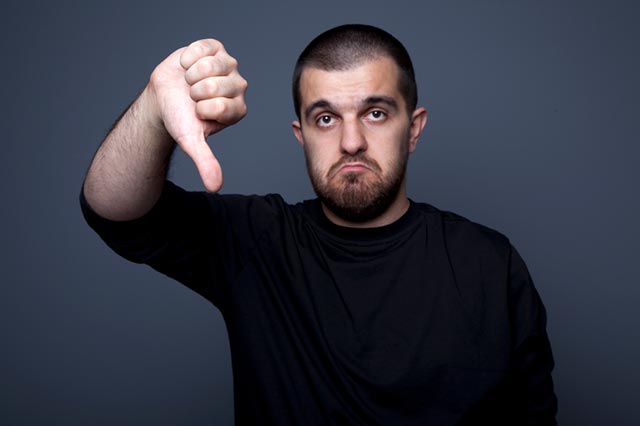 One of the most commonly heard mantras in all of business is that “the customer is always right.”

But what if the customer is wrong? Who says that regular John Doe, buying your products, has more business savvy than a team of B-school graduates?

No one. Many companies, from Apple to Chrysler, have all selectively ignored their customer base to gain huge profits. However, ignoring your customers at the wrong time can lead to huge catastrophe.

The most dangerous part of customer feedback is becoming a slave to it. It seems obvious; you should give your customers what they want. Then they will buy it.

However, Barry Diller, the famous media executive formerly at Paramount, Fox and currently at IAC/InteractiveCorp, summarized being captive to customer feedback like this…

“We become slaves to demographics, to market research, to focus groups. We produce what the numbers tell us to produce. And gradually, in this dizzying chase, our senses lose feeling and our instincts dim, corroded with safe action.”

What he’s saying is that overdosing on customer feedback can kill creativity. Tom Kuczmarski, a business consultant, conducted a survey of various businesses and came up with the statistic that 90% of “new” products are simply line extensions while the remaining 10% are the truly new products and where the real profit potential lies.

Well, practical innovation is where the real profit potential lies. Gimmicky, novelty products may test well in focus groups, like the inflatable baseball gloves that tested phenomenally and then flopped in stores, but when it comes down to a customer actually purchasing the product, that’s a different story.

Customers are surprisingly boring. While wildly different products may play on their fantasies, when it comes to spending their hard-earned cash, they want some consistency. For example, in 1984 Chrysler began making the world’s first minivan even though it tested horribly with focus groups. It went on to become one of the most popular cars in the 1980s. It was a practical extension of existing cars and it catered to the demand for more occupants per vehicle, but the focus groups said it would flop.

What all these visionary market leaders have in common is faith in their product. Ignoring customer feedback is a good strategy when you’re confident in your skills, completely understand your market and are making logical product expansions.

However, there are times when the customer is right. Once your product is established and you begin making tweaks to the product, customer feedback becomes paramount.

For example, in 2005 Dell was having major issues with some of its hardware components and its support forums were exploding with commentary. What did Dell do? It ignored its customers. It actively deleted and ignored posts about its faulty products.

And what did those angry customers do? They blogged. They took their frustrations out of Dell’s hands and into cyberspace.

If your customers are actively complaining on your own turf, do not ignore them! Dell did a complete 180 and began actively addressing its critics. It feverishly began replacing computer parts and maintaining a real voice for its critics on the web. Lesson learned: never ignore a complaining customer, especially a tech savvy one.